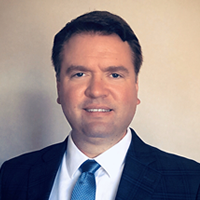 Michael Piekut provides leadership in all areas of UPI’s business, drawing on a wealth of steel-industry experience, knowledge and accomplishments. A native of Pittsburgh, Pennsylvania, Mr. Piekut began his career as a Management Associate at U.S. Steel’s Mon Valley Works – Irvin Plant, gaining experience in a variety of operational roles. Thereafter, he became the Division Manager of Sheet Products at U.S. Steel’s Gary Works – Midwest Plant. He was then promoted to Division Manager of the Gary Works – East Chicago Tin Plant. Immediately prior to joining UPI, Mr. Piekut served as Plant Manager of the Midwest Plant, overseeing production of tin mill products, hot dipped galvanized, cold-rolled and electrical lamination sheets.

Mr. Piekut holds a B.S. in Mechanical Engineering from Penn State University. He and his wife, Allison, reside in the Walnut Creek area. They enjoy running, hiking, and other outdoor activities. 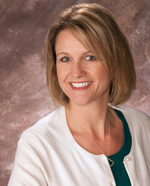 Lynnette Giacobazzi is the Vice President of Operations for UPI. She has extensive experience in all aspects of steel finishing operations from purchasing of raw materials to order fulfillment.

Ms. Giacobazzi earned her bachelor’s degree in Mechanical Engineering from California Polytechnic State University – San Luis Obispo prior to starting her career as a Mechanical Systems and Test Engineer for the U.S. Department of the Navy. In 1995, Ms. Giacobazzi joined UPI as a Management Associate in the Operations group. She advanced through a series of Process Manager and Department Manager assignments in the Tin and Rolling Divisions before being appointed Division Manager for Tin Finishing in 2004.

In 2006, Ms. Giacobazzi became Manager of Purchasing and Materials Control, assuming responsibilities related to UPI’s supply chain. In 2009, she became Manager of Facility Planning and Scheduling, later earning a promotion to the Director level. In 2014, Ms. Giacobazzi was appointed Vice President of Supply Chain. In 2018, she was appointed Vice President of Operations.

In addition to her B.S. in Engineering, Ms. Giacobazzi earned her MBA in Finance from Golden Gate University. She also holds a Certificate in Operations Management with a concentration in Supply Chain Management and is a APICS Certified Supply Chain Professional. She is also a member of the American Production and Inventory Control Society and the American Iron and Steel Institute. A California native, Ms. Giacobazzi enjoys spending her free time with her husband, two children, and extended family. 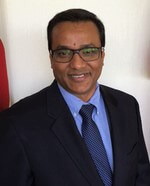 MD. Amin is an accomplished sales leader who draws on his background in chemical and process engineering to understand customer needs and deliver superior customer service.

Mr. Amin began his career as an engineering consultant designing hydrocracking systems for refineries. He brought this experience to UPI in 1996 when he became a Compliance Engineer in the company’s Rolling Division. The following year, he was promoted to Manager for Tin/CRU Operations. In 2005, he became the Manager for Environmental Safety.

In 2007, Mr. Amin left the operations side of UPI to become an Outside Sales Representative. Although he had no background in sales at the time, he was eager to use his interpersonal and project management skills to drive revenue for UPI. As an Outside Sales Representative, Mr. Amin quickly demonstrated his ability to build and manage relationships, lead marketing campaigns, and close deals with top decision makers. He also distinguished himself by booking the most sales of any UPI sales representative for five years in a row. Mr. Amin was promoted to Sales Manager in 2011 and to Director of Sheet Sales in 2016. Today, he provides training, mentoring, and leadership to all of UPI’s Commercial Group.

Mr. Amin earned his bachelors degree in Chemical Engineering with honors from the University of Idaho. He has also completed graduate courses in Business Administration from Golden Gate University. He lives in Brentwood, CA with his wife and two sons. 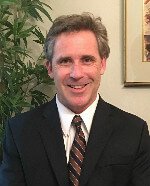 Cory Anderson earned his bachelor’s and law degrees from Brigham Young University. After graduating from law school in 1991, he joined the law firm of Archer, McComas and Lageson in Walnut Creek, California, where he focused his practice on employment litigation and business transactions. It was during these early years that Cory began representing UPI, a company that quickly became his largest (and favorite) client.

In 1998, UPI hired Cory to become its Senior General Attorney, and he remained in that position for the next 14 years, handling most of the Company’s transactional, employment and compliance matters. He then opened his own law practice in 2012, through which he continued to serve UPI in an “of counsel” role while also representing a number of other business clients.

Cory returned to UPI in October 2014 in order to assume his current position as Secretary and General Counsel. In that capacity, Cory manages all of UPI’s legal affairs while also overseeing the Company’s Human Resources and Labor Relations organizations.

A resident of Danville, California, Cory and his wife, Stacy, have four children and two grandchildren.